(These are Christian beliefs. In line with British Values, we respect all beliefs.)

We had begun looking into Jesus' final days here on Earth. The children are aware that Jesus arrived in Jerusalem on a Sunday. He had created quite a reputation and following as a miracle maker and son of God. The people of Jerusalem, a city controlled by the Romans, were excited this man had come and they waved palm branches in celebration and laid their cloaks upon the ground. 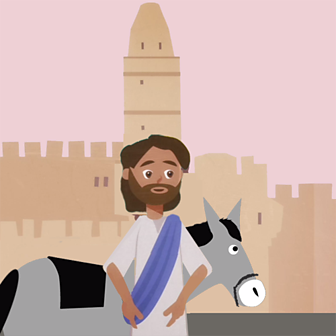 Jesus was a threat to the Romans and religious leaders. They didn't believe Jesus was really the son of God or could bring any good. So when an angry Jesus turned over a table and exposed the money changers in the temple, the Romans jumped at the opportunity to arrest him. With the help of Judas, the found Jesus on the day now known as Maundy Thursday.

On Friday, Good Friday, Jesus was forced to bare his cross and was crucified. Crucifixion was a common form of Roman torture.  Sadly he died on this day.

Remember this song guys? See if you could come up with actions for the whole song. https://www.youtube.com/watch?v=tqbP0kgGZ3Q  I can hear you all shouting "THIS IS AMAZING GRACE!" 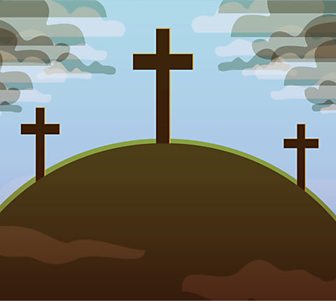 The next day was Saturday, now known as Holy Saturday. Jesus' body was placed inside a tomb and a heavy stone rolled in front so his body was safe and no one could enter.

The following day, Jesus' friend Mary Magdalene came to pay her respects at Jesus' tomb, but she was shocked to find the tomb empty! JESUS WAS GONE! 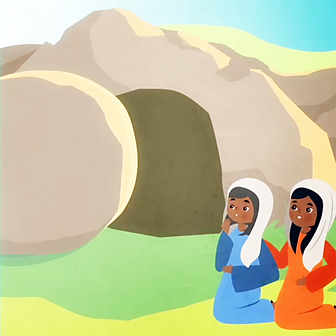 Explore this website and have a go at the quiz: 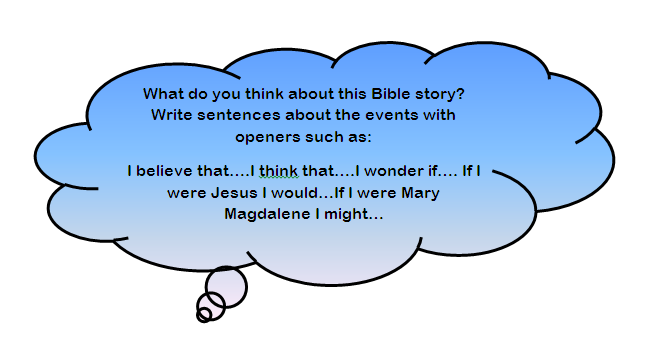 Change and new things are difficult for some people to cope with. Jesus was asking the people of the world to trust him, to open their hearts, minds and souls to him and the Heavenly Father.

Find out what 'grace' means in Christianity.

Jesus encourages his followers to recognise their sins so they can learn from them.

With an adult, see if you can hear some of the story of Holy Week in this song: